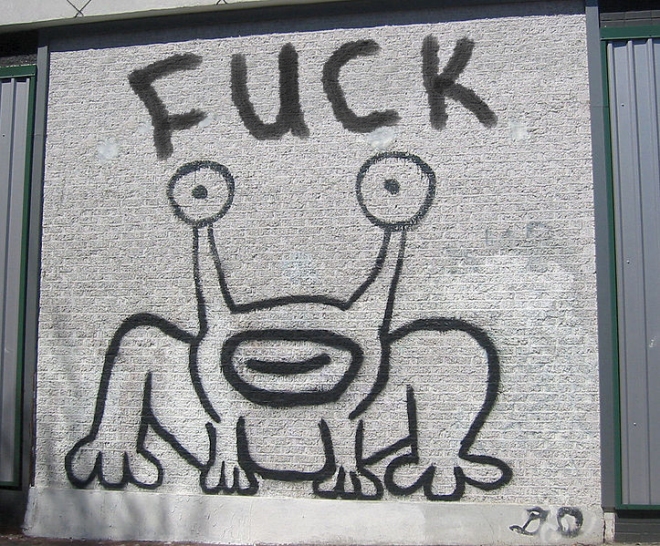 The famous Austin “Hi, How Are You” frog painted by local musician Daniel Johnson has been defaced!

But this time it was by the F word!!! Naturally, Austinites are outraged by the act… but isn’t there something humorous about graffiti being defaced with graffiti? Especially since it was spray painted on by a mentally ill woman (she thought the frog was speaking to her). Police caught the vandal, Rebecca Guest, in the act Tuesday night and apparently this isn’t her first time to deface public works. Guest told police she did it to get the property’s owner to clean the graffiti – though technically, the frog is not considered graffiti. It was a commissioned piece of art.

It’s not the first time the famed frog has been defaced and it probably will not be the last. What do you think? Humorous and harmless? Or should she be hung?

On another note, why do online news agencies feel they need to blur out the F word? 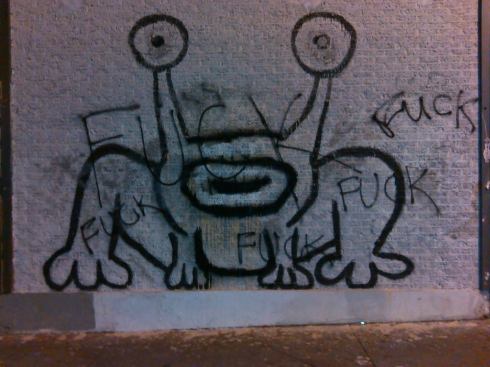 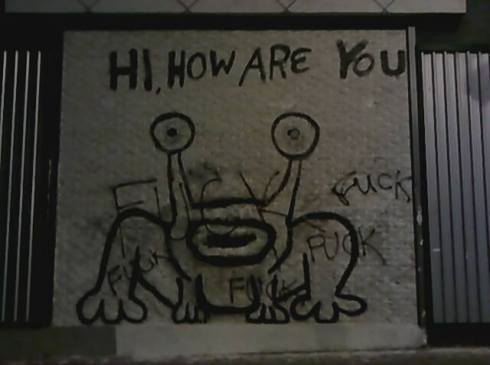