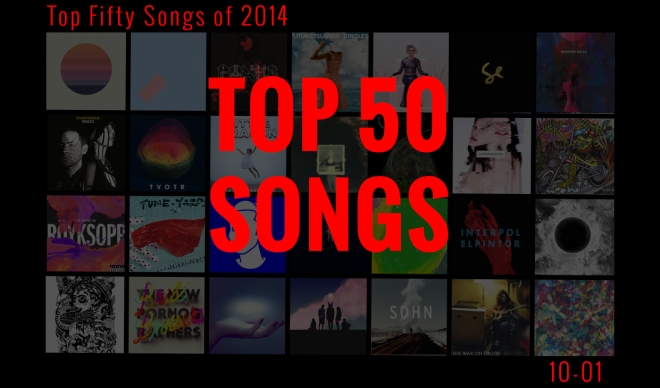 Alas! These are my favorite, frequently played and most influential songs of 2014. It was indeed a difficult year that started without having a car. To make matters worse, several crazy radio listeners began threatening myself and co-workers (one even tried to fight me on my birthday). I was essentially demoted at work and was still dealing with relationship issues that carried over from 2013. As the year went on, however, things slowly progressed. I stopped wallowing in a pity party and climbed out of my mind. Thanks to the music, a few doses of magic mushrooms and a new love; I was able to realize the past year was an incredible one.

When trying to just get through the day, it can be difficult to think about how lucky we truly are. These songs help me do that. Tune in, disconnect from the hurt and enjoy the fact that we exist!

Now get ready to live in that moment that was my 2014! Oh, and share my stupid list (which is also averrable to stream on Spotify: @theCJMorgan).

One of my favorite bands returned this year with some of their vintage sound.

Powerful song from a group I discovered thanks to @Sideonetrackone. This came on, randomly, as I was laying in bed arguing about the future with someone.

08) Interpol – All the Rage Back Home

Like TV on the Radio, Interpol’s first single in several years is reminiscent of the groups earlier works. The hook (and last minute) seem specifically designed for brooding.

Perhaps their most underappreciated song, Hunger of the Pine slowly builds then dissolve in epic fashion. The band somehow made a terrible Miley Cyrus hook sound cool by sampling her lyric “Imma female rebel.” The seemingly Hunger Games inspired music video is also worth mentioning.

I’m not quite sure where I first heard this song. It has a very unique backbeat that stuck with me but eventually blended into the ether and out of my mind. Then, while in Las Vegas last September, it came up on the cable station’s music channel.

This was my song of March and SXSW. Work crap, personal problems and real world tragedies were easily blocked out by this grungy, upbeat garage rock song. I missed out on seeing them live but the song still made a heavy impact on my year.

I’ve mentioned before that 2014 was a difficult year to start out with (probably whined a bit too much about it). It was while this song was playing (after an amazing Fourth of July Weekend and mushroom trip) that I realized everything would be fine. I was certain that this would be my number 2 song of the year but a few others beat it out.

This song is more than just the second part of an eerie music video, it’s an emotional anchor that dug into my September MixTape playlist. Reminds me, somehow, of people I’ve treated poorly and needed to let go.

It was during my trip to the beach in August that this song came to me. I had eaten a few mushrooms and decided after a while to eat some more. I spent the next few hours trying to find my center while riding a snake across the Texas sand. Eventually I retired back to the beach house and locked myself in the bathroom. In a few weeks I was going to attend Sylvan Esso’s concert in Austin so I decided to check out the rest of their album on my iPhone. This song came on and I was immediately drawn in. I started giggling out of control when the ‘bass dropped’ and sap began to drizzle down the wallpaper. My mood changed and went outside to dance and mediate.

01) Seasons (Waiting on You) – Future Islands

The moment I heard this song I knew it was going to be number one. I was completely blown away by it. The song is short, sweet and powerfully heartfelt. Just watch their performance on Letterman. I was lucky enough to see them in Austin and snag a couple of records for a friend and I (one was originally purchased for Natasha Leggero). As a bonus, Spotify also certified it as my most played song of 2014.

Thank you for clicking on my vain countdown. These never generate a lot of traffic but I still love to keep a record and share new music with those who are bored enough to click. Let me know what you think and have a great 2015! I know I will,