Since 2002, I have obsessively tracked and categorized the music I listen to. It started as a way to share the songs and artists discovered while working in college radio with friends. I would regularly rip audio files, make quarterly Windows Media playlists and even burn CD’s.

For the last few years Spotify and YouTube have been my main source for listening to music and organizing monthly “Mixtapes.”

The “we’ve grown up partying together but everything is fucked now” album of the year.

Josh Tillman uses his charm and wit to go for society’s throat. Sure, it feels preachy at times but maybe that’s what we need.

Easily one of my most listened to records of the year! Unfortunately, my love for the National left me a bit disappointed with this one as compared to previous albums. The first single, The System Only Dreams of Darkness was a fucking killer and probably sits at the top of many year-end lists. After that though, not much of anything. Sure there are some other good tracks (Empire Line, I’ll Destroy You, Day I Die, Guilty Party) but nothing else really lives up to their top track. That being said, it is still a wonderful piece to throw on the record player and listen to beginning to end.

1) The War on Drugs – A Deeper Understanding

Hands down, the best album of 2017. Each song seems to start slow then build and end with a sonically stout jam session. 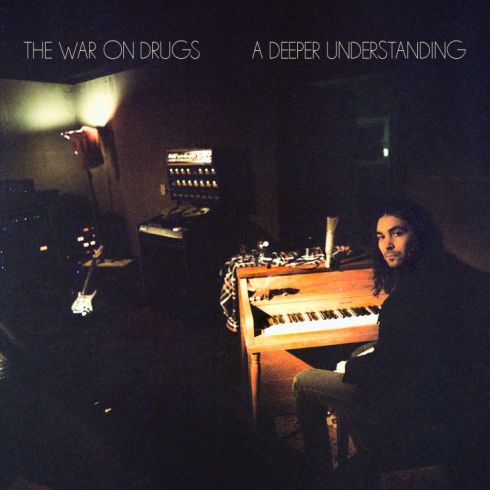 I bought these tickets long in advance and was excited to see APC for the first time! They did not disappoint.

Got to see two of my girlfriend’s favorite bands (Tiger Army) do two very different styles of music – and I absolutely loved it! Sometimes the best shows are the ones you are not expecting anything from.

The War on Drugs was the soundtrack to most of my 2017 road trips. Seeing them jam at Stubbs helped solidify A Deeper Understand as my top album.

Forgot to mention how good @thewarondrugs are! Check out this professionally shot video.

Two amazing nights of one of the greatest live shows I have ever seen! Night one we set in the mezzanine area amongst a few folks who wouldn’t shut the fuck up. Also, there were clearly audio problems towards the end as Jónsi smashed his guitar until it no longer made a sound during the closing of #8. Still – amazing. A FUCKING MAZING LIGHTS AND SOUNDS. Also, I think the LSD hit me a bit too hard.

Night two we drive back from a funeral in Houston just in time for the show. It was the same set list but something was more magical that night. The audio was perfect, the crowd was much better, and we didn’t want it to end.

Thanks to a friend, I was able to purchase incredible seats only nine rows back (center) for this amazing light show and performance. I had already been amazed by FJM during an ACL Taping earlier in the year but was blown away watching them inside the wonderful confines of Bass Concert Hall. Rarely does a show sweep me away to where I lose track of time and don’t want it to end.  And yes, I cried, again.

A show filled with professors and their side chick grad students.

My dog died during this song once 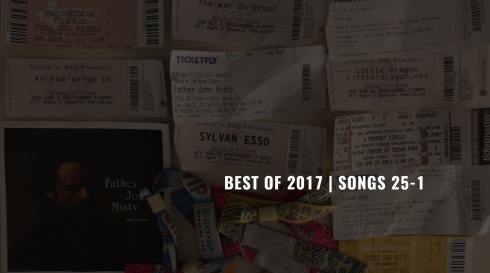 I don’t know enough about hip-hop to include it in my top 50 BUT there are always a few songs that stick out.

Could not get it out of my head.

Thanks to Chuy for getting me turned on to this!

Crunchy fast and fun to dance to.

TOP SONGS OF YEARS PAST

2011: My Morning Jacket – Holding on to Black Metal